Share on FacebookShare on Twitter
Isometric-style games are having a resurgence amongst indie developers. Bastion sparked a new love for the geometric, fixed three-quarter point of view that trademarks the style. One of the upcoming games in this style is Bedtime’s Figment. Figment is a game that combines the somber tones of disease, death, and trauma with comical singing villains and whimsical art. This game could have a large audience ranging from children to adults, as the maturity of the content intrigues the older audience while the puzzle-like gameplay is able to keep the attention of the younger. 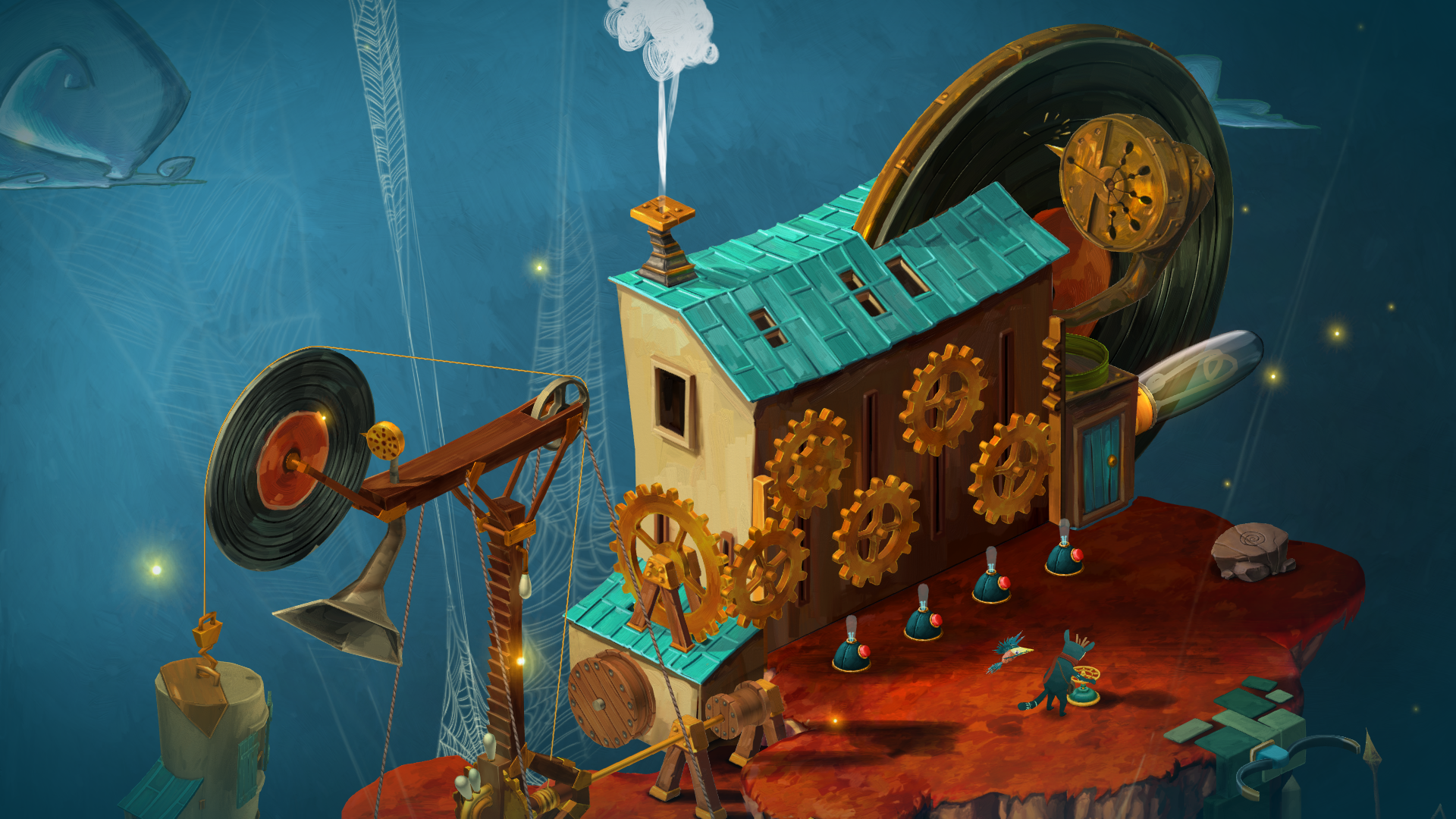 At first glance one may think that the game is similar to Bastion. The isometric style, gameplay, and enemy encounters are all reminiscent of the cult classic.  The game, however,  differentiates itself in its use of music as a storytelling element. Figment uses the soundtrack as a storytelling element more than anything. Each zone has specific tones that give a certain richness and depth to the environment. Every villain has its own taunt songs that it sings during encounters. There are even puzzles that revolve around the playing of musical instruments. The way that music is so gracefully laced into each aspect of the game is noteworthy and something to which other developers may want to pay attention. The downside to these singing villains, no matter how unique they are, is that their music is so jarring that it takes you out of the environment.  If the abrupt change in tone is an artistic choice, it is an incredibly powerful one, quickly changing the aura of the environment. Unfortunately, if you have the misfortune of dying multiple times in the same level, the songs begin to grate on the nerves to the point of being unbearable. Nonetheless, the music written for Figment is well thought out and unique, which allows for the game to stand out amongst its competitors.


The art style of Figment is beautiful and distinct. Each zone is thoughtfully designed with its own color palette that sets the mood, but there also is the overarching theme, reminiscent of a favorite children’s book or television show, that unites the individual segments. While the scenery has a certain beauty, the character models are another story. The two main characters, Dusty and Piper, are creepy. All of the game’s models, both hero and villain, remind me of marionette puppets or demons from a Tim Burton nightmare. They look awkward and less developed which is jarring considering the scenery is polished.  The dark colors and harsh expressions of Dusty and the other characters are out of place in the softer, more comfortable world in which the game takes place. Even as the game progresses and the color schemes of the different zones become darker and more somber, the characters never quite fit. Further amplifying the bizarre depiction of the character models is the dialogue and voice acting, which is shallow and not to the same quality as the other sound aspects. The characters speak in such a way that reminds me of Sesame Street with dialogue that matches. For a game that may be intended for adults, it is juvenile and grating to sit through.


While the artistic side of Figment is solid, the gameplay is somewhat lacking. The puzzles are too simple to be engaging for an adult to the point where it is unclear to which audience this game was intended. I recommend playing the game with a controller if possible because the fighting controls, while they may be simple, are slow and ineffective with a keyboard and mouse. Objectives are unclear, which is frustrating due to the explorative nature of the game, and it takes longer than what is desirable to understand what the point of the “quests” are. In that same vein, the quests themselves are mainly retrieval type puzzles that require the player to find an object that is used once before moving on. This can be tedious after more than an hour of play time. Rather than building on previous tasks, the quests seem frivolous, as if they don’t actually matter in the grand scheme of the storyline. Likewise, while one can play the the game with the intention of unlocking tidbits of backstory for the main character, aptly named repressed memories, it is possible to go through the entire game with the base knowledge. Even then, the repressed memories puzzles are not really worth the effort. The information one gets from the puzzles are underwhelming at best, usually nothing more than a card with an illustration and a piece of dialogue with no context.


*Doctor’s Addendum: this score is based on a pre-release demo and is subject to change when the full game is reviewed.

In all, Figment is a game that seems to have been more about displaying the art and design rather than actual gameplay. The world is immersive and melds beautifully with the original sound track, but if you are looking for a game that is similar to Bastion, which has the unique world and engaging gameplay, you may be disappointed.