Missing your old Sega Genesis or N64 but don’t want to pay out the you-know-what to obtain your old favorites?

Retro game collecting in 2019 is no small task. Similar to how people have valued sports cards over time, the general public has caught on to the worth of their dusty video games sitting in their attic. Meanwhile, major gaming companies have also realized this and are releasing “mini” versions of their old consoles that include a few dozen games from that era.

The reasons behind the increase in value of retro games are numerous. One major one is the advent of the speedrun. In addition, popular YouTube channels such as Angry Video Game Nerd and Metal Rock Jesus have millions of views and have put old games back in the spotlight. From a generational standpoint, Gen X’ers and early millenials have aged and have lucrative jobs. Unlike their parents, this subset of people grew up with video games and are a major factor behind the growth of the retro game industry.

The bottom line is that people are starting to understand that games from our past have financial worth and that many of them have aged like a fine wine. For example, the ultra-rare Nintendo World Championships cartridge is worth approximately $20,000. Several other games check into the four figures and there are many that run several hundreds of dollars.

If you feel like you can’t possibly get into this hobby at this point, you are not alone. Thus, getting creative with stretching your money can go a long way. Below are my key points in putting together a retro game collection without filing for bankruptcy.

Perhaps this is intuitive for some, but discussing buying video games in bulk is a must. This is most effective when dealing with a reseller or utilizing services such as eBay to purchase large game lots. Duplicate games or games you already own within the lot can be resold to…get even more games!

Collectors should know the hierarchy of video game worth: loose (just the cartridge or disc only) < CIB (complete in box includes the original box, manual and inserts) < new (factory sealed). While some will be satisfied with a loose retro game collection, those that are aiming for a CIB library can build their collection piece wise. Game manuals and boxes can be found on eBay or at retro gaming stores on the cheap.

I’m not sure if thrift stores and Goodwill don’t know the value of old games or if they just don’t care. Regardless, you can land expensive games for ridiculously cheap at these venues. This will be very hit or miss, but once you hit, you will understand why it is worth visiting these locations as often as possible (serious collectors visit these stores multiple times per week).

Just like any form of antique hunting, garage and estate sales are where you will get the most consistency and quantity. Not all garage sales will have games. However, if you make a day of it and hit multiple spots near each other, the odds of finding some old games are high. Fortunately, there are still parents and grandparents out there that think Mario Kart 64 is basically a door stop. Capitalize on this before it is too late.

You won’t save an insane amount of money at conventions. You will, however, get fair prices on a multitude of games and consoles. What’s more, this is where you’re more likely to find the rare games like Panic Restaurant or Zombie Nation for NES. Aside from game hunting, these conventions can be a ton of fun for many other reasons. There are typically game floors/museums, tournaments, and social gatherings at night! Our favorite is the Midwest Gaming Classic. 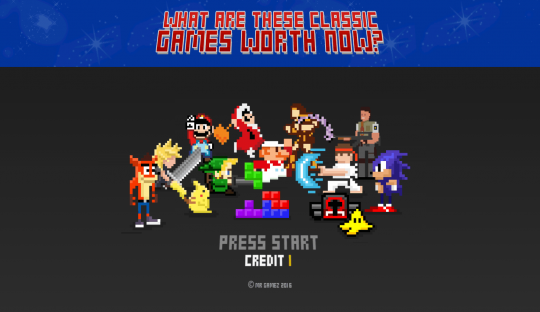 So, where do you start? That’s up to you, but I think you can go about it many ways. I started with the major NA consoles and am aiming to have at least the top 10-25 games for each platform. Another approach is to pick your favorite old console and work on that to start. Perhaps you missed a bunch of classic titles like me? Maybe start with those games. The possibilities are endless, but hopefully you won’t have to sell your car and cash out your 401k for the retro game collection of your dreams.

Xbox Project Scarlett Details: All We Know So Far

Best MMORPGs That Are Not World of Warcraft

Co-founder of Doctors of Gaming and medical doctor. Gaming enthusiast.

Best MMORPGs That Are Not World of Warcraft

Find out more or adjust your settings.